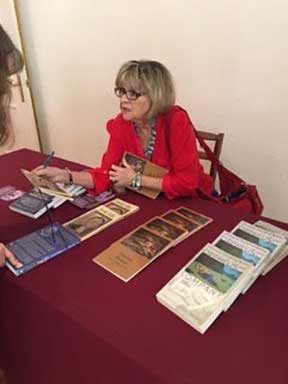 Deborah DeNicola is the author of seven books with a new poetry collection, The Impossible, forthcoming in 2021 from Kelsay Press. Her most recent publication is her poetry collection, Original Human, from Word Tech Press for which she received her fifth Pushcart Nomination. Her spiritual memoir and Amazon Best Seller, The Future That Brought Her Here from Nicholas Hays/Ibis Press reached #1 is Psychology and Social Sciences on Amazon in Sept 2009 and won an Honorable Mention at the Los Angeles Book Festival in 2013. In 2007 Finishing Line Press published Inside Light, a chapbook. Deborah edited the anthology Orpheus & Company; Contemporary Poems on Greek Mythology from The University Press of New England at Dartmouth College. 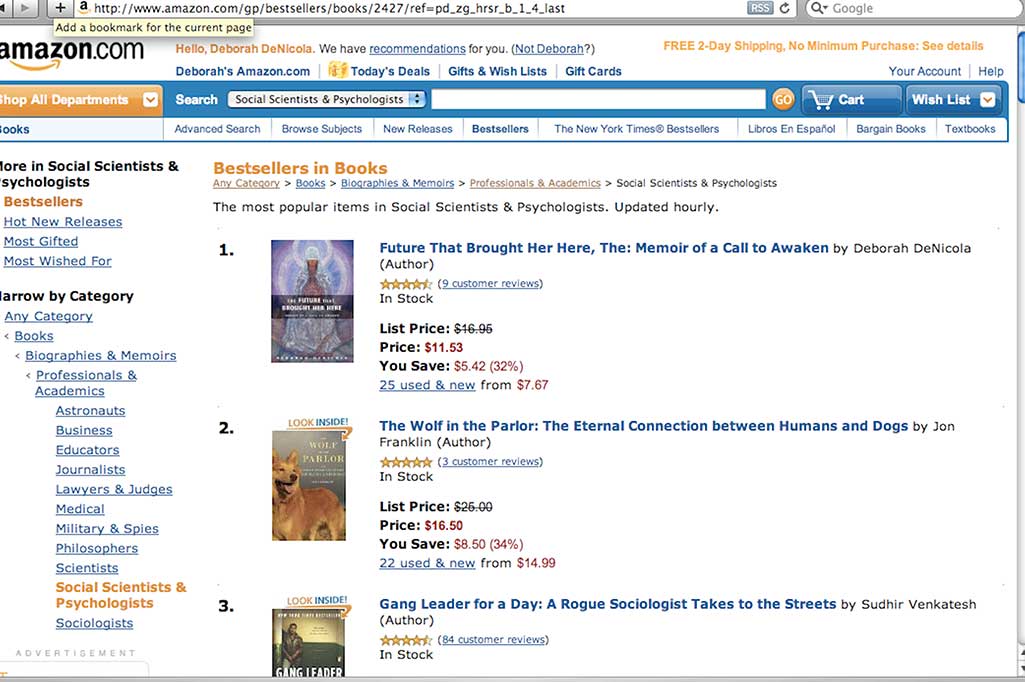 Deborah’s Awards include a $20,000 Individual Artist Grant from the National Endowment of the Arts, the Analytical Essay Award from Packingtown Review 2008, the Santa Barbara Poetry Award 2008, the first-place award from Briar Cliff Review Poetry Competition in 2006 and Carpe Articulum’s first place award in the 2010 Poetry Contest.

In 2013 for the short story, “Come Alone to the Alone,” Deborah won The Carol Bly Short Story Competition featured online at: https://writersrisingup.org/deborah-denicola-2013-winner-carol-bly-short-story-contest/. She won the William T. Foley Award from America, The Barbara Bradley Award from The New England Poetry Club, and a Special Mention from The Pushcart Prizes 1992. She is the author of Where Divinity Begins (Alice James Press) and four other chapbooks, Inside Light (2007) from Finishing Line Press, Harmony of the Next (2005) which won the Riverstone Chapbook Award, Psyche Revisited (1992), which won the Embers Magazine Chapbook Contest, and Rainmakers (Coyote Love Press.) Her poems and reviews have been published in many anthologies and journals such as The North American Review, The Antioch Review, Crab Orchard Review, Fiction International, Nimrod, The Journal, The Boston Book Review, Prairie Schooner, Runes and Orion among others.

I chose to work with Deborah of Intuitive Gateways to edit my book Transcending Tribal Politics because her sample edit was so clear and thorough. I am so glad I did. Throughout the process she was always prompt, friendly, and easy to work with. She dramatically improved the quality of my writing and taught me things that will stay with me in any future projects I may have. I would recommend Deborah DeNicola to any writer who want to work with a highly qualified professional to polish their creative project for publication. Thanks, Deborah!